Starting Out: How to get noticed by promoters as an artist 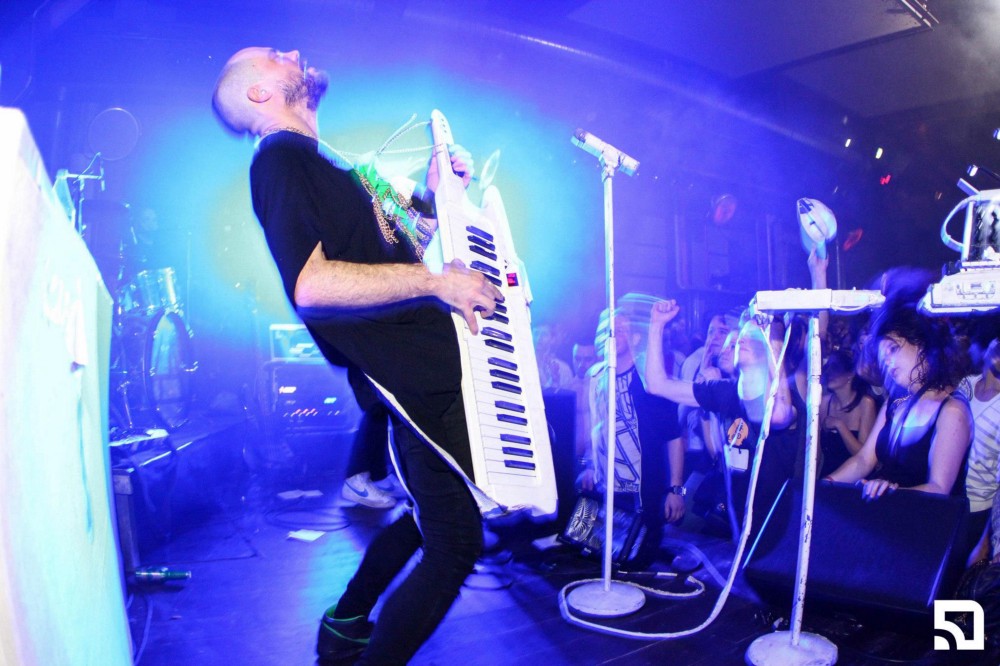 Back when I ran a successful row of club nights in Zurich called Nasty Trash, I used to get new artists knocking on my door, trying to get a gig. Alongside the usual mixtapes, some handed me extensive CVs, while others even offered to pay me money to play the first slot of the night. In the end, none of those things really mattered. Our night had a clearly defined genre and music policy: if you played it cool and your sound fitted in nicely with the other acts, we’d probably book you. I’d sometimes get sent fantastic mixtapes, only to decide that the sound, however good, just wasn’t right for the night.

As a DJ, getting gigs in your town is a finely balanced mix of staying cool while being persistent; targeting your sound at an audience while giving it your own unique flavour. In this article, we’ll look at the different ways bookers might notice you, and how to make sure you secure those first vital bookings on the way to becoming a mainstay in your city’s scene.

Promoters can generally tell how much experience you’ve already gained playing for crowds, and this can be a large factor in their decision to book you. DJing is fundamentally quite simple as a technical practice. However, only a few people have the ability to really read a crowd, with an arsenal of experience and great tracks to play when the energy levels on the floor dip. On top of this, DJing is a performing art. Your energy directly impacts the floor, and this kind of performance needs practice. You can only gain this experience in front of an audience — practicing your best transitions at home with headphones will never replicate the energy of a packed room and booming subwoofer. If you’re just starting out, chances are there are a few small venues in your town that you can rent for next to nothing. Hook up the CDJs, ask some people to play alongside you and invite your friends. Chances are you’ll even make a profit on the bar while you gain the experience needed to step it up with the promoters. The extra benefits of putting on your own nights among friends are huge: you can build up a small following among friends and give promoters the chance to actually come and see you. Once they notice that you’ve got a circle of friends that will come down to see you play any event, getting that booking is often a done deal. Quite a few top-level DJs started out this way, and if it’s good enough for them, it’s good enough for you.

Sending a promoter twenty messages on every possible platform is a surefire way to avoid getting booked at all. Getting bookings is often an exercise in expert marketing. You want promoters to hear about you, and perhaps that means getting in touch personally. However, every promoter wants to feel like they ‘discovered’ their local acts. Bookings are a bit like flirting: show them you’re eager, but don’t seem desperate. During my years of promotion, some people used to knock on my door and hand me all kinds of items. Aside from the fact that this was an invasion into my private life, this kind of behavior generally convinced me that these were not the kind of people I wanted at my event. Instead, go down to the events they’re putting on, show your face on a regular basis and introduce yourself. This will let them know that you’re into the scene, and you’ll get to know them in a much looser environment than in front of their doorstep. Also, learn to handle rejection easily — don’t take it personally, and chances are you’ll get the next gig that comes along. Promoters want to book the cool cats, not the sad dogs.

Every city, every venue and every night has a special kind of flavor in music selection. It goes without saying that, as a house DJ, it might not be smart to try to get booked for the hip-hop night. However, the selections go much deeper than that. Even the four different house clubs in your town will have slightly different preferences in music. Some may cater to a more laid-back, downtempo ethno-house groove, while others only serve up four-to-the-floor hard and heavy tech house. If you’re looking for a booking in the ethno-house venue, put together a mixtape of exclusively ethno-house cuts! Make sure to include the hits while mixing in some rarities. This makes you more interesting to the club’s promoter while the hits reassure him that you know the scene.

It is vital that you define yourself with a certain type of sound. You can change this sound over time, and introduce different cuts into your sets, but promoters look to book a certain vibe every time they book a DJ. A fresh spin on an established sound can take you a very long way.

All up in the interweb

Last but not least, nobody is going to book an act without some sort of an online presence, be it soundcloud, mixcloud or optimally, your own website (website creator for artists: onescreener.com). Promoters will be interested in your numbers, so start getting your mixes out there and building up an online identity. You don’t have to be an online megastar to get booked, but you will be expected to have some tracks or mixes out with a few hundred plays. This shows that you work hard and are serious about what you do, with the additional benefit that the organisers may very well use your link to promote you for the event. Chances are that your promoter of choice is on soundcloud this minute, looking for small, local acts to book. I can’t stress how important it is to just get stuff online, however imperfect it is: practice makes perfect, and putting your music out there is the best practice around. There are also some great secondary portals out there to link up the world with your music and let them know about upcoming gigs with, such as Optune.

Getting that first start in the scene is some of the hardest work you may ever do. Relish those nerves before your first gigs, because they never really feel the same again. Nothing beats the moment when your friends suddenly hear what it is that you’ve been doing in your basement the whole summer while they were all out drinking. Believe me: that feeling of success is really going to become an addiction. But first off, it’s going to take some heavy organization and real self-belief to get those DIY nights up and running, getting your mixes online and, most importantly, building up the confidence required to get out onto that stage. You won’t look back.

What is your main issue with the booking business? Give us a shout in the comments.